3 Times I Was Inspired by WorkHuman 2019 Speaker Viola Davis 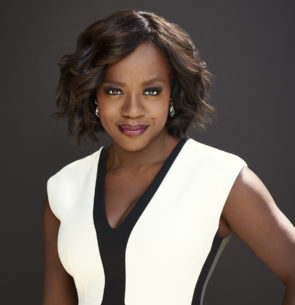 If I could synthesize the WorkHuman movement into a few words, I would say it’s about humanity, inclusion, and belonging. When you aspire to create a human workplace, you must first acknowledge that your business would be nothing without your people. And second, your people are human – and more often than not they just want to be a part of a team where they belong and feel inspired by a sense of purpose in their work.

I can think of few people who approach their work with such passion and purpose – and who are so committed to inclusion – as award-winning film, television, and theater actress Viola Davis. Today we are thrilled to announce that Viola will be a keynote speaker at WorkHuman 2019, March 18-21 in Nashville, Tenn.

Did you know Viola is the first black actress to win an Oscar, Emmy, and Tony award? That’s in addition to her being the most Academy Award nominated black actress in history. She’s currently starring in the drama “How to Get Away with Murder” from ABC Studios and Shondaland, and she stars in the film, “Widows,” directed by Steve McQueen and written by Gillian Flynn, which is currently in theaters.

Ever since I learned Viola is a fellow Rhode Island native – having grown up in Central Falls – I’ve watched her career blossom and admired her for her steadfast belief in humanity and human potential. Here are three times I was particularly inspired by Viola:

1. Giving back to her community. Viola grew up in abject poverty in Central Falls and over the years, she has raised and donated money for the city’s library, high school chess team and drama club, and Segue Institute for Learning, a charter school.

2. Being the change. Viola and her husband, Julius Tennon, launched a production company, JuVee Productions, which aims to give “a voice to the voiceless.” For JuVee Productions, inclusion is top priority. The company recently signed a first look deal with Amazon.

3. That Sherry Lansing Leadership Award speech. If they gave Oscars for acceptance speeches, I’d put my money on Viola’s rousing speech at The Hollywood Reporter’s Women in Entertainment 2018 event. “My main message is stop taming us. Stop,” she said. “Everything that I am and everything that we are inside is what makes art and this world rich … I think that there’s something to be said about being wild.”

You know Viola for her intriguing and groundbreaking roles. At WorkHuman 2019, hear her perspective on what it will take to create a workplace where everyone is respected, included, and treated as equals. I hope you’ll join us.